Skip to Main Content
It looks like you're using Internet Explorer 11 or older. This website works best with modern browsers such as the latest versions of Chrome, Firefox, Safari, and Edge. If you continue with this browser, you may see unexpected results.

Stress-minimising ways to get started with planning, writing and reviewing your work. 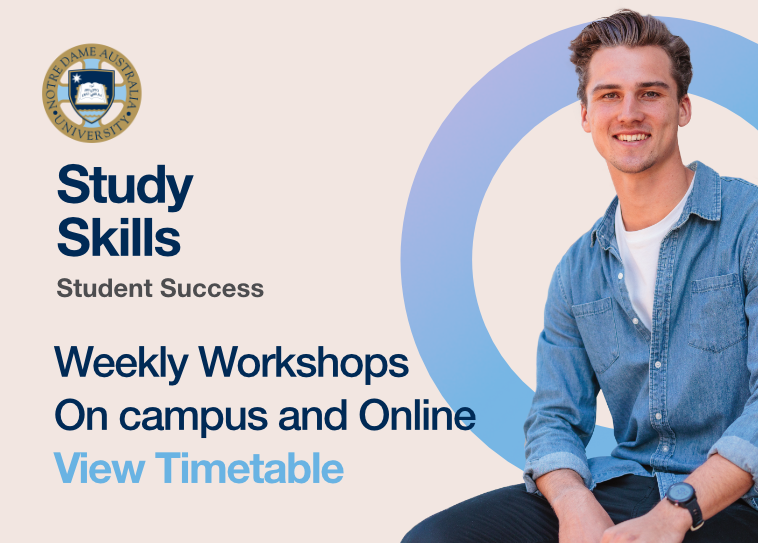 As a student, there are expectations about how you reference ideas and information you refer to in your work. This video introduces some ideas as to why this is important and looks at ways that this can be done.

Paraphrasing, summarising, and quoting are all ways of using other people's ideas to support your argument. Whichever method you choose, remember to reference the original source(s). See the Referencing guide for more information.

Which method should I use? Paraphrasing and summarising are the main methods you should use to express the ideas of others in your work. Both ways help to show that you have read and understood the sources you have used in your research while still letting your own "voice" shine through. Whether you paraphrase or summarise will likely depend on the length of the original source, and how much detail you wish to include.  Direct quotes should be used sparingly, if at all, and only when the quote has maximum impact.

How to paraphrase, summarise and quote.

Paraphrasing is the process of expressing other people's ideas in your own words, while retaining the original meaning. Usually, paraphrasing is applied to small sections of text, such as one or two sentences.

"To be effective, a brand identity needs to resonate with customers, differentiate the brand from competitors, and represent what the organisation can and will do over time" (Aker & Joachimsthaler, 2000, p. 40).

A brand that aims for a successful identity must fulfil the following criteria: meet the practical and emotional needs of customers, portray itself as being different from other brands selling similar services or products and provide a future vision of the company (Aker & Joachimsthaler, 2000).

Summarising is the process of drawing out the most essential information from a source and condensing it to a shorter version. Similar to paraphrasing, you are also expressing others' ideas in your words while retaining the original meaning. However, with summarising you are usually working with larger bodies of information, such as articles, chapters, books, or lectures.

The Solar system’s giant planets have two types of moon: regular and irregular. Regular moons orbit close to their host, follow nearly circular paths, and move in the same plane as the planet’s equator. In some ways, these moons resemble miniature planetary systems, and we think that they formed in much the same manner as the planets around the Sun.

It has been suggested that so-called regular moons (as opposed to irregular moons) are comparable to planets in both their character and evolution (Horner & Tylor, 2018).

Quoting is when you take someone else's words and reproduce them in your work without changing them. Quoting is most appropriate when:

Quote from a speech:

As Nelson Mandela so eloquently stated, "What counts in life is not the mere fact that we have lived. It is what difference we have made to the lives of others that will determine the significance of the life we lead" (Mandela, 2002, para. 4).

Quote from a newspaper:

When asked his opinion about children protesting climate change, Senator Matt Canavan replied, "the best thing you'll learn about going to a protest is how to join the dole queue" ("Climate change protest", 2018, para. 6).

Getting Away from the 'Cut and Paste' Trap

If you want to take a more in-depth look at the assignment planning process for students, the Getting away from cut and paste presentation, which is part of the Success Now! Writing eCourse around academic writing, uses examples to provide advice on how to:

Getting away from cut and paste is also available as a live online or campus-based workshop. Register here for this and other workshops on research and writing.  You can also organise an individual consultation here to talk to a learning advisor about planning your assignments.